Subluxations and IBS: What’s the Connection?

Irritable Bowel Syndrome, or IBS, is a painful gastrointestinal condition that can interfere heavily with your daily activities. While you may feel alone or ashamed, IBS is actually extremely common in the United States, with over 200,000 people diagnosed each year. While many people resort to medication for relief, it isn’t a long-term solution. In fact, medicine just suppresses the symptoms of IBS rather than addressing the underlying problem. Fortunately, medicine isn’t the only way to deal with IBS symptoms. Do you know what the gut-brain connection is? If not, you’re about to learn, courtesy of us at Bare Chiropractic.

Irritable bowel syndrome, also known as IBS, is a collection of symptoms that include abdominal pain and changes in bowel movements. These symptoms are present in IBS patients, and there is often no apparent sign of damage or disease in the digestive tract. The pains associated with IBS surround the process of bowel movement and tend to manifest as cramping or bloating. Depending on the type of IBS you have, the changes to your bowel movements could be diarrhea, constipation, or both.

It’s rare that there are ever any severe symptoms directly related to IBS. In fact, if you have any symptoms more severe than what has been listed, you should immediately consult your doctor, as this could be a sign of something far more severe.

Officially, medical doctors have no idea what causes IBS. What we do know, however, is that your digestive tract and your central nervous system are connected in a very intimate and important way. This is referred to as the gut-brain connection, and it’s a well-studied phenomenon.

The stomach and intestines are directly affected by the brain. The mere thought of eating, for example, can cause the stomach’s juices to be released before the food arrives. This relationship is mutual. A messed-up intestine can convey messages to the brain, just as a messed-up brain can do the same in return. As a result, stomach or intestinal discomfort might be the result or cause of anxiety, stress, and/or depression.

Where Chiropractic Comes In

Part of your central nervous system is your spinal cord, which is a bundle of nerves that runs down the length of your spine and acts as the main pipeline through which sensory information travels through the body. The intestinal tract is also full of nerves. Much of our digestion is controlled by the vagus nerve. Nearly all people who experience IBS symptoms also have spinal misalignments, commonly known as subluxations. When the brain and gastrointestinal system are unable to communicate clearly, the way your gut responds can be altered, often for the worst.

Fortunately, chiropractic has been shown to be extremely effective in treating a wide range of gastrointestinal disorders. If you’ve been suffering from IBS and want a natural way out, consider contacting neurologically-based chiropractor Dr. Thomas Keogh at our office in Billings.

Angus, Katherine et al. “What Effect Does Chiropractic Treatment Have On Gastrointestinal (GI) Disorders: A Narrative Review Of The Literature.” The Journal of the Canadian Chiropractic Association vol. 59,2 (2015): 122-33. http://www.ncbi.nlm.nih.gov/pmc/articles/pmc4486990/ 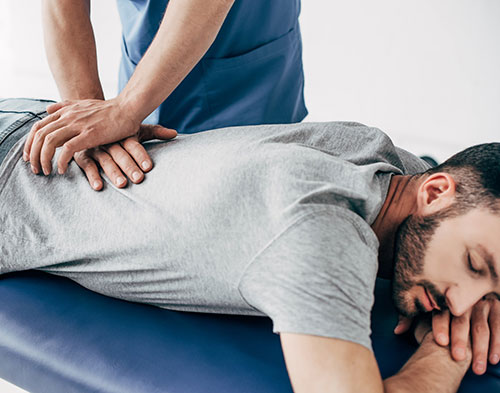 If you’re ready to enhance your health and wellness, contact Dr. Thomas and the Bare Chiropractic team to schedule your appointment today.